The talk about crisis and impending collapse is omnipresent in contemporary discussion. This is well illustrated by some titles of recent publications of some of the most read philosophers of our times: temps de crises by Michel Serres (2009), Living in the End Times by Slavoj Žižek (2010) and Failed States by Noam Chomsky (2006) to just give a few, rather random examples. 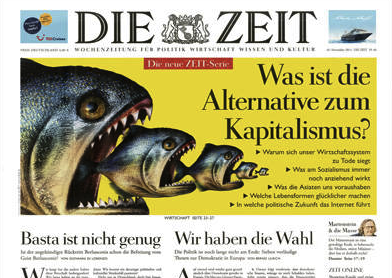 1 this notion is probably only applicable for the wealthier states, which have externalized and outsourced their conflicts to financially poorer regions, and is therefore and in general highly debatable. But it is still a narration, which I find interesting and I would like to pursue for this essay's intention.
2 if we consider Communism as a real alternative to capitalism, which we should at least not take for granted.
Eingestellt von Kilian Jörg um 10:04 Keine Kommentare: