In a week Philosophy Unbound #5 will happen. This time we try to reclaim capitalism and the full program just went online - we are very excited! 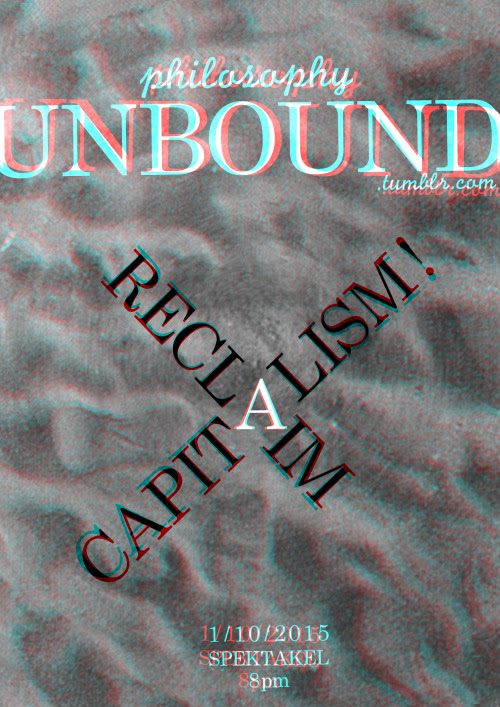 Spektakel, Hamburgerstraße 14, 1050 Wien
Open: 19:00, Begin: 20:00
Entry: Free Donation (suggested donation 5 Euro, we are a no budget organisation, everything will go to the performers)

In this little text I would like to propose a term, that I find missing in progressive (subversive) discourse. It follows the same line of thought, as this post from July and is part of longer term reflections about how subversive politics are possible. This is caused by a huge doubt and discontentedness about what today is commonly presented and understood as subversive action.

It happens way too often, that people that fight for a good cause, become so frustrated on their way, that they lose all difference in behaviour and tactics to the enemy they want to overcome. I am thinking of the communist, that is killing innocent people to achieve egality and freedom of all people. The long tradition of revolutionary terror from the French to the Maoist one. I am thinking of the feminist, that is so rigid about his or her personal space, that every freedom of speech and space is obliterated. The leftist, that is becoming so subverted by politics, that (s)he acts exactly as her or his right-wing opponent. The LGBT activist, that is becoming so concerned about the dissolution of gender roles, that (s)he is defending their individual right of existence so hard, that they become even greater stereotypes - perhaps even greater than any chauvinist would have put them. 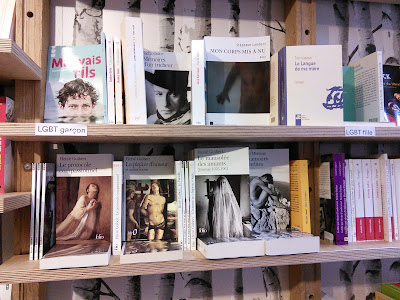 The problem is a lack of relaxedness and an overemphasis of fight, that is letting an activist with good and important causes become an enemy, solely defined by her or his opponents. By this the activist becomes defined by a dualist friend-fiend scheme, which (s)he originally set out to overcome. (S)he failed to become what (s)he originally set out to become: a freer human being and has become an enemy, defined by the hegemonial power it tried to obliterate.

The dangerous part of this is, that people who fell into this trap, still consider themselves subversives. They think they fight very hard for their ideals, where in fact, they only fight as enemies.
By this, they fight for the system, while thinking, that they fight against it. Unknowingly, they turn into guards of the hegemonial order.

It might be worth considering, if it is even possible to fight for ideals. Fight - war only makes you become an enemy, nothing else. You have lost your ideals, once you fight for them?

I am aware, that - as a white privileged male - this is an extremely difficult and dangerous stance I am taking. However, I am taking this stance exactly because I believe in the above mentioned ideals and am very frustrated about the conservative backlash and the inertia of progressive politics we are all witnessing today.

To help our ideals become reality, I think it is necessary to have a term like becoming-enemy, that enables us to reflect on certain dynamism, that prevent progressive politics from progressing. We have to think hard, when, how and why we become enemies, and how we can prevent ourselves from becoming so.

Together with a friend I have written an essay, in which we try to propose how subversive politics are possible. It is called "Das Anti-Chamäleon" and will be published somewhere soon. Stay tuned. 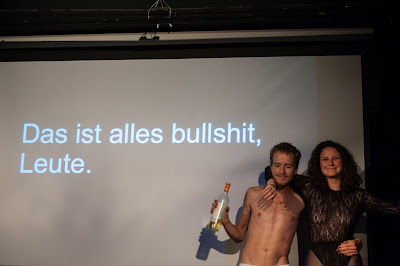 Together with Theresa Thomasberger I have done a performance called "Agrumentationssklaven" (argumentative slaves) at Philosophy Unbound #3 - "Menschliches, Allzumenschliches" in May 2015. Now the video of it got online, which I would like to share with you. I am sort of proud of our performance, for I feel we managed to get something across that is an old topic of mine (connected with my big project on Vernunft), but in a way that was quite new to me. 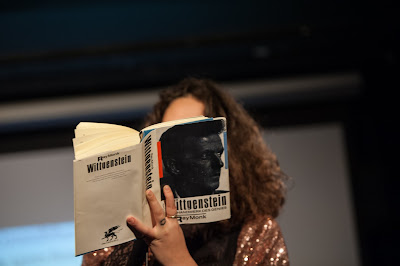 The performance sprung off from a lecture of Ray Monk's biography of Wittgenstein, in which following passage of Bertrand Russell about Wittgenstein can be found:

"I told him he ought not simply to state what he thinks true, but to give arguments for it, but he said arguments spoil its beauty, and that he would feel as if he was dirtying a flower with muddy hands. … I told him I hadn’t the heart to say anything against that, and that he had better acquire a slave to state the arguments." (Monk 1996, p. 264) 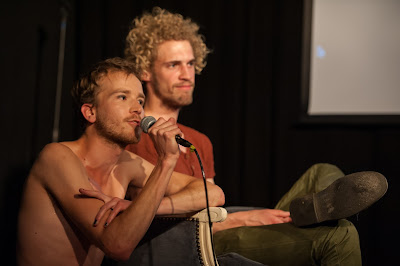 We tried to enact this "slave to state the arguments" and see how far we can push it. The argumentative battles were completely improvised and worked surprisingly well. I feel that with it we managed to performatively criticize a certain image of thought and logic, which is still widely spread inside and outside the academic world. 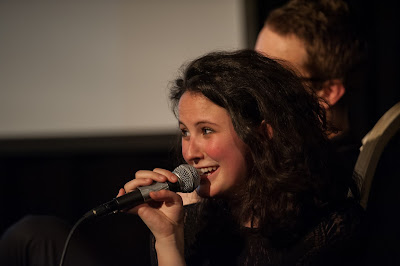 Why should arguments always be about being wrong or right? Is it really about the battle between to conflicting opinions? And does this notion of dualist logic really allow us to dismiss certain theories? (like here) Isn't this binary notion of right and wrong, victory and defeat a very primitive form of thought, impeding a lot of creativity and spontaneity?
As Nietzsche says in the very beginning of Jenseits von Gut und Böse, why should thought only be seeking truth? Thought can be so much more if it is liberated from the binary constraints of attaining the truth. It can be a wonderful dance between two or more equals, that together can achieve something, that none of them alone would have been able to imagine.
Let's stop the warfare in our argumentation! Let's cease being slaves to them and liberate our thought!

The complete performance can be watched below (in German) - including a longer explanation in the end.